FILTER BY Clear All

Get monthly tips on digital marketing, design, and more.

The Science of Hashtags on Social Media 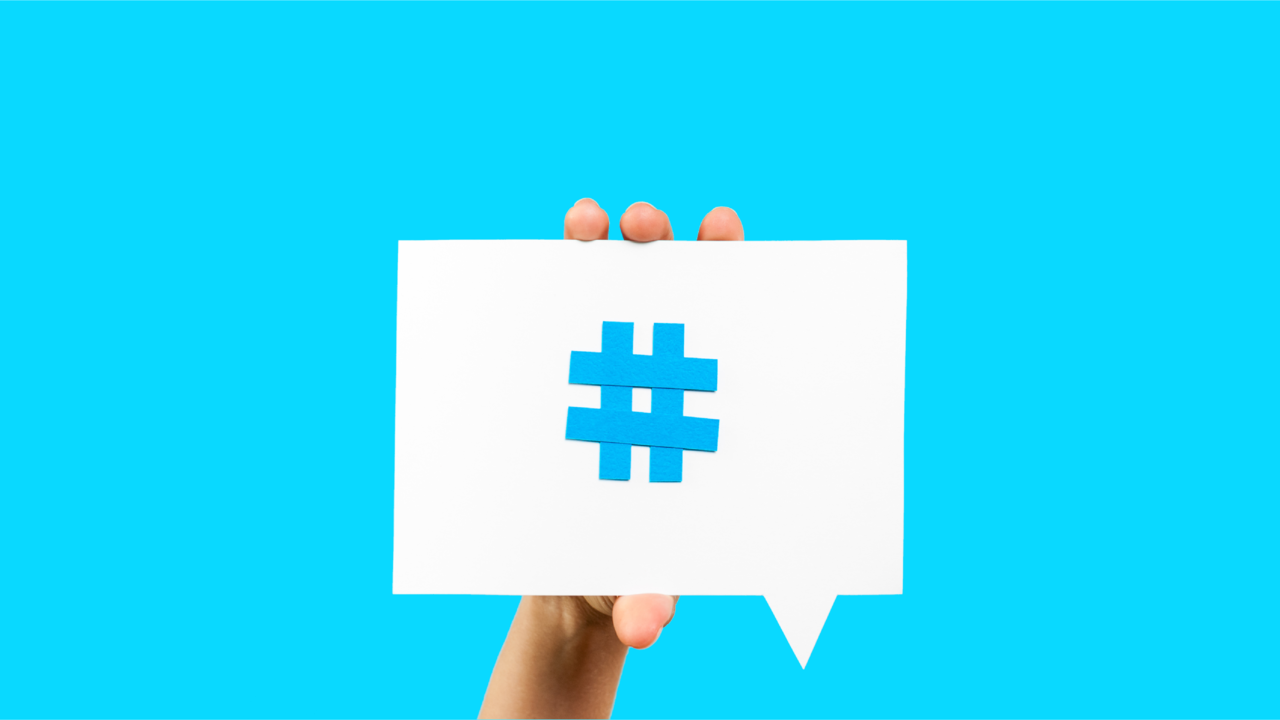 Before the 2000s, we called it the pound sign, the hash, the octothorpe (well, some of us did). But since Twitter launched the feature in 2007, the hashtag has spread across all social media platforms and even made its way into our dictionaries and wedding plans.

What might be less clear, though, is what hashtags can actually do for businesses: why we need them, how they work, and how our target audiences are using them.

Hashtags are words preceded by a hashmark that are searchable on social media platforms like Facebook, Twitter, and Instagram. They serve as helpful markers that make your content discoverable by users beyond your immediate followers. Hashtags can demonstrably increase engagement: according to Buffer, tweets with hashtags generate twice as much engagement.[1]

Hashtags allow audiences to scroll through relevant topics and tap into broader conversations. By using hashtags, you can connect to potential customers based on your common interests and establish your company as an influencer in your field.

Effective hashtag use is about reaching the “right” people, instead of just as many people as possible. By strategically optimizing what and how many hashtags you use, you can share your content with the people most interested in your offerings (and most likely to make a purchase).

Do some research. Effective hashtags use the most relevant and applicable words for your intended audience. Look at what keywords your competitors or other people in the industry are using. What hashtags are people engaging with the most? What hashtags are used most frequently? Twitter and Instagram both show related popular hashtags when you searcg keywords bar or view the search results page—by sifting through similar options, you might strike on a popular hashtag that works for your company.

and RiteTag are also two effective (and free!) tools to see what hashtags are popular for your keywords or industry.

Be specific. Hashtags allow you to target your message to a specific subset of an audience, and a more interested audience leads to higher engagement. Use locally based hashtags for community events and campaigns.

Use sparingly. Instead of #hashtagging #every #word #like #this, use hashtags only for focused keywords. Studies across platforms found that different numbers of hashtags work best on different platforms.

Strategize by social media channel. On Instagram, hashtags are mainly used to describe the kind of content, while on Twitter, hashtags identify conversations. Some general ones, like #WednesdayWisdom and #ThrowbackThursday, are popular across platforms, but each channel has its own unique conventions for success.

Keep it relevant. Don’t try to plug and chug the same hashtags in every post, especially if they’re not directly related to the content at hand. Using irrelevant hashtags only serves to annoy viewers and might turn off potential customers.

Double-check formatting. Hashtags can either be inserted into the middle of a #SocialMediaPost or tacked on at the end. Punctuation breaks up a hashtag, so leave out any periods, apostrophes, or commas. If your hashtag uses a couple of words, Capitalize Each Word To Ensure Legibility and make the hashtag easier to follow.

Try custom branded hashtags. If you’re looking to track posts for a specific campaign, event, or promotion, you might want to try creating your own hashtag. Custom hashtags should be specific and unique, so that it doesn’t get mixed up with another brand’s initiatives and so it makes sense to your followers. Keep branded tags consistent across platforms so your social media presence is clean and easily navigable.

Get monthly tips on digital marketing, design, and more.

With this site we strive to provide comprehensive communication design resources as we all navigate the coronavirus pandemic.

Stay up to date with latest courses and industry updates.